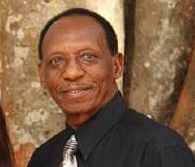 Our connection with Jesus Mark. 1:1
The beginning of the gospel of Jesus Christ, the Son of God;
John 1:12 But as many as received him, to them gave He power to become the sons of God, even to them that believe on his name:

Shalom child of God, It’s time to take our place as THE SONS OF GOD but before we do, let’s go back to the beginning and bring to light God’s original plan for man. Adam was given dominion over everything. He was not to be subdued by anything whatsoever, he was the master over all things on earth. I see many qualities in Jesus that reflect His dominion over everything including death. They could not even kill Him. He had to let them.

Adam was a type of Christ.

Romans 5:14 Nevertheless death reigned from Adam to Moses, even over them that had not sinned after the similitude of Adam’s transgression, who is the figure of him that was to come.

Jesus is also referred to as Adam. The difference is that the first Adam brought death, The second Adam brought life.

We are after the similitude of the second Adam (second man). All that came after Adam
were made a “living soul” (like Adam was), under sin (like Adam was), and dead (as Adam was). We all inherited what Adam was automatically.

Romans 3:23 For all have sinned, and come short of the glory of God;

Oh! This truth is exciting. Now then, the whole progression in also true in the second Adam,
since He is also Adam. All those who are born in the second Adam inherits everything He is,
Just as in the first Adam. He is a “quickening spirit”. The word quicken means; Give or restore life. There is a big gap between Adam (the death giver), and Adam, (the life giver). ALL that which was lost in first Adam was restored in the second Adam. Because of this, He took His places as THE LORD from heaven, and as THE SON OF GOD and gave us equality with Him and made us THE SONS OF GOD.

John 1:12 But as many as received him, to them gave He power to become the sons of God, even to them that believe on his name:

If we became everything the first Adam was by virtue of natural birth, then we have become everything the second Adam (Jesus) is by virtue of Spiritual birth. We are in the God class. Before you start screaming “blasphemy “, check out your SPREADING THE LIGHT BULLETIN next week…..you will be illuminated. Till then, we love you. BE A BLESSING……INVITE SOMEONE TO CHURCH THIS WEEK.
ONE A WEEK………for am not ashamed of the gospel……..

LIVE FOR THE FURTHERANCE OF THE GOSPEL